Well the tank is all up and running! Here is the finished 550 gallon Custom Aquariums tank.

See the fish swimming along in this YouTube video. 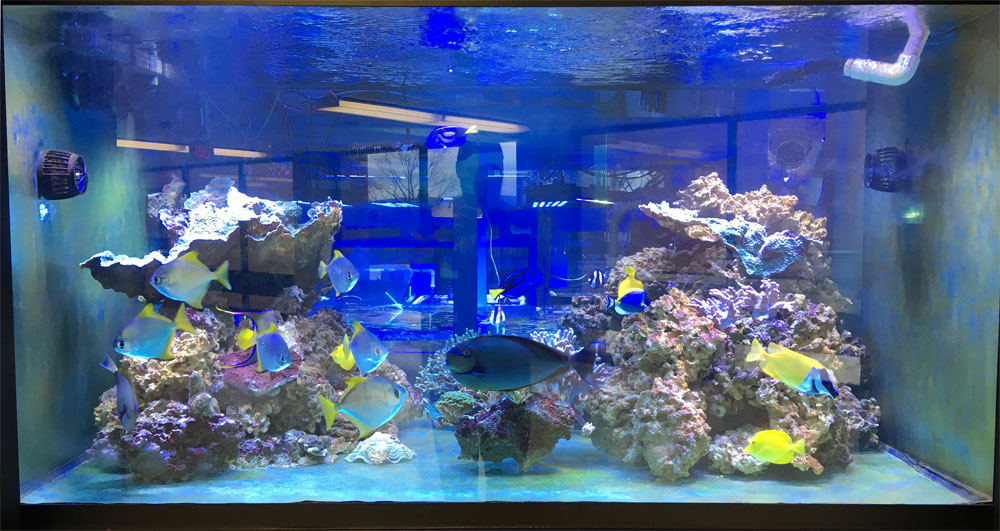 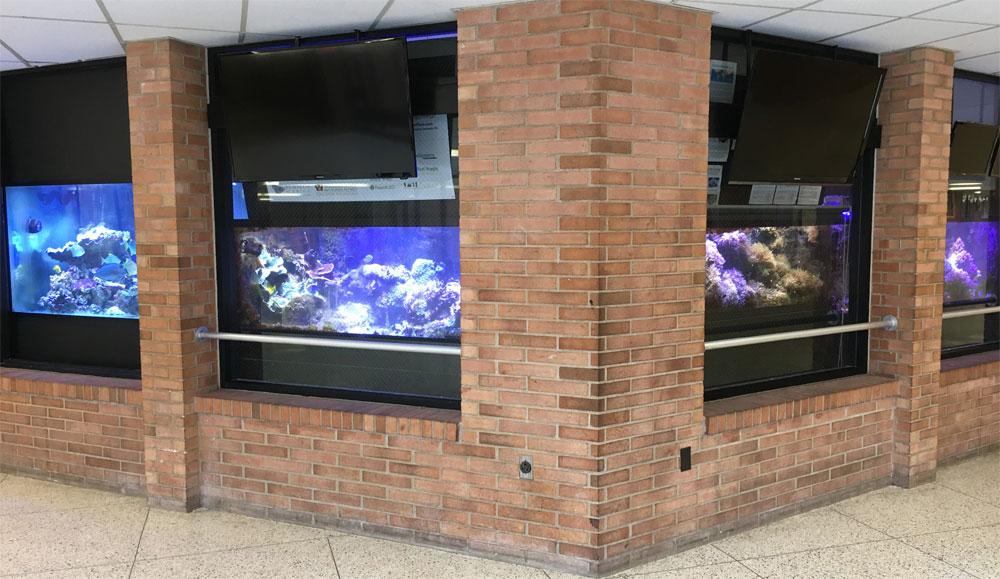 YouTube video showing the EcoTech Marine equipment on the tank

Ted Talk about our aquarium philosophy

We moved all the livestock and rock into temporary holding tanks in the hallway and diassembled the old tank. The impetus for replacing the fiberglass tank was the impending failure of the polycarbonate window on the front of the tank. As we lowered the water level for the first time since its 2013 installation the window the seal completely failed and the window fell out of place. We cut the tank apart with a saw and disposed of it. 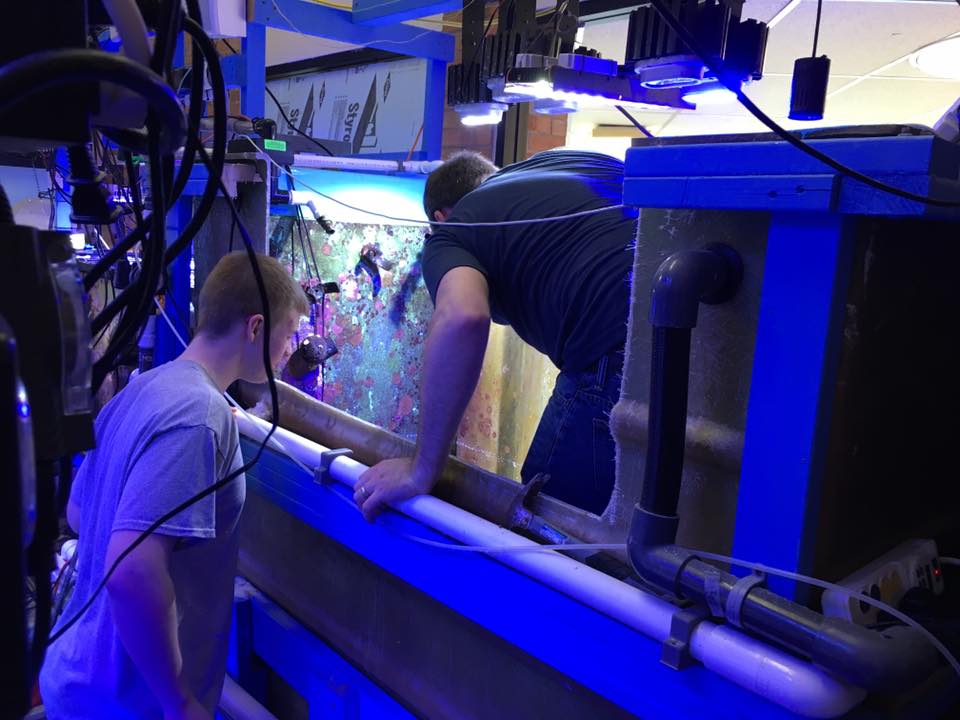 Here is one of the chalice corals from the old tank. We grew this from a frag donated by a club member many years ago. 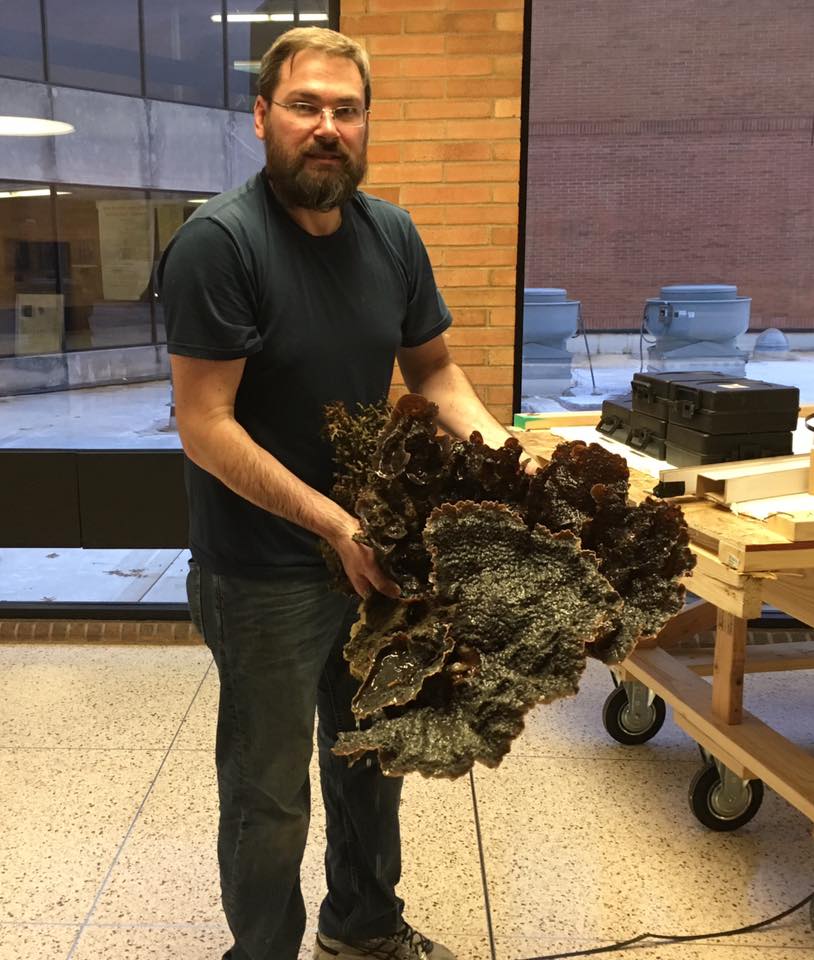 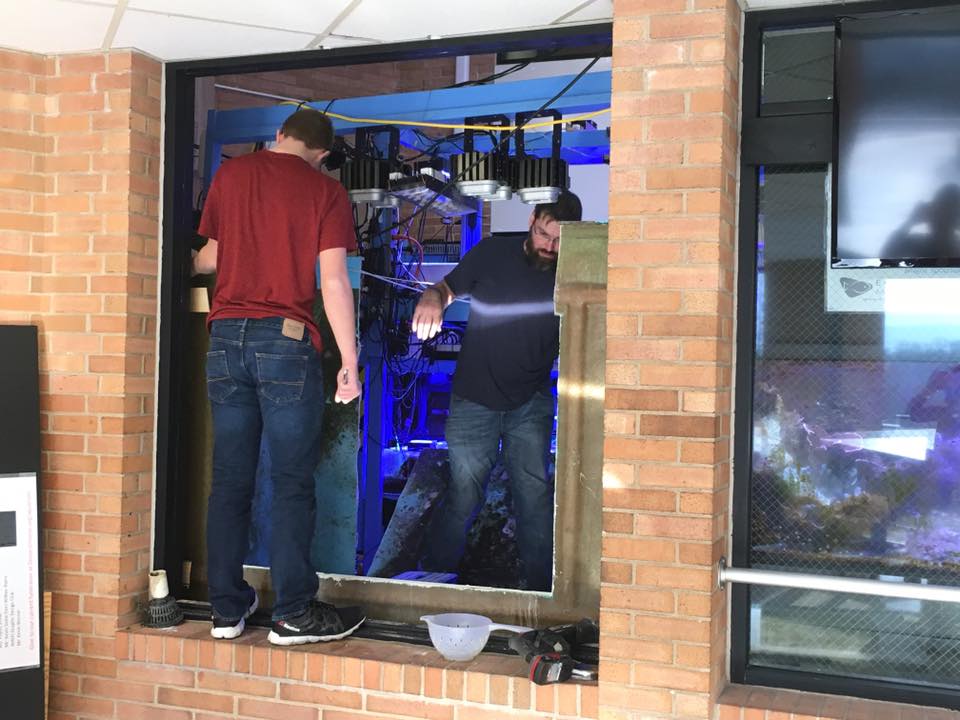 Stand for the new tank going into place. 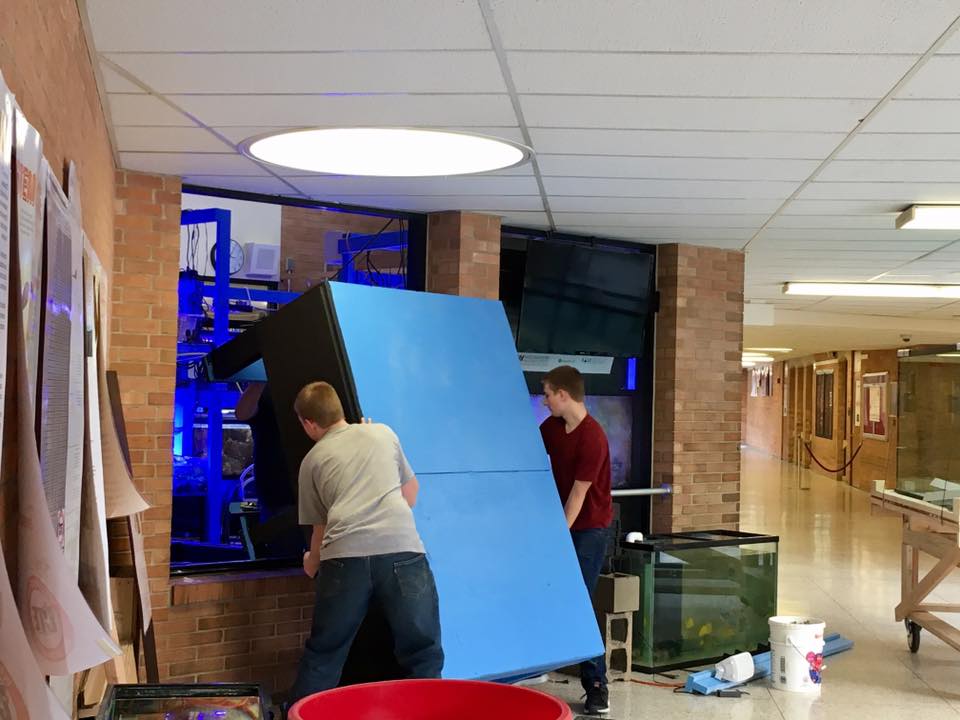 The new aquarium was shipped from Wisconsin in a wooden shipping crate. We made a purpose-built cart to move the aquarium from curbside to the installation location. The cart was built with 2x6 lumber and heavy duty caster wheels capable of hodling the 900 pound tank. The tank was forklifted from our loading dock to curbside in our bus loop where we loaded the tank onto the cart and then removed most of the protective lumber from the crate. 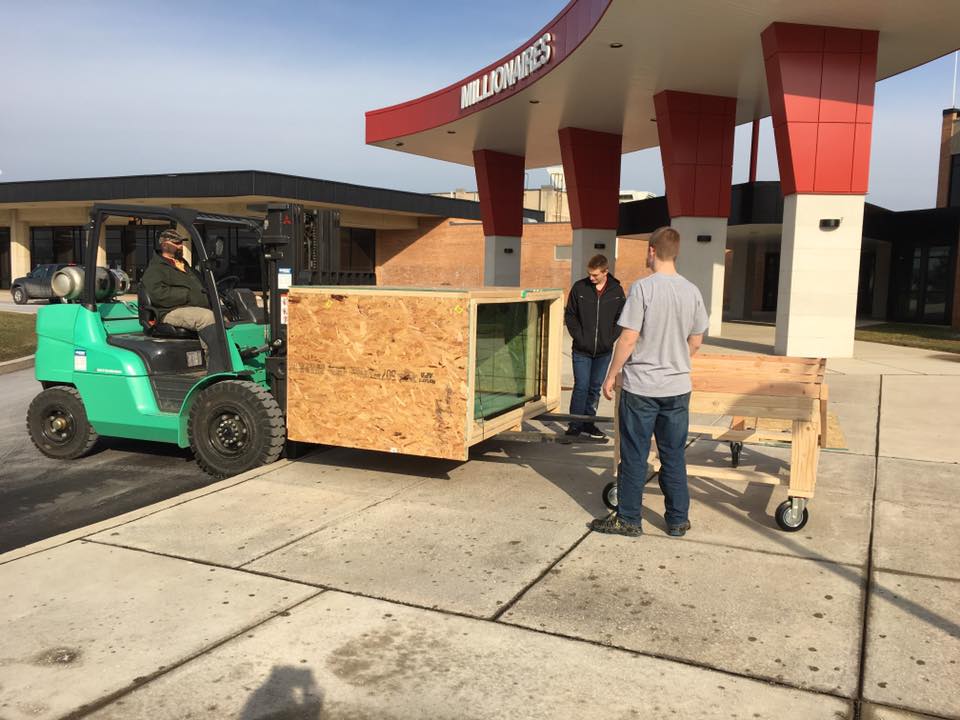 The cart was carefully built so the aquarium rested at exactly the same height as the stand in the fish room. 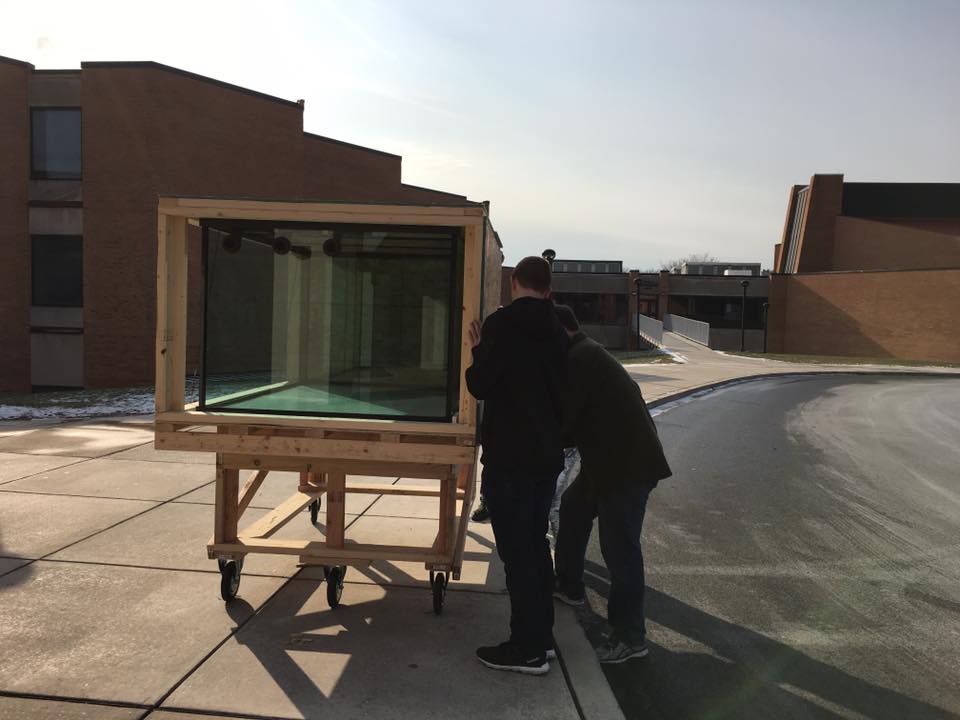 Wheeling the aquarium down the hallway. The front two wheels are swivel casters and one had a locking wheel. The rear three wheels are non-swivel wheels. There was more weight on the end with the three wheels becuase the cart was designed to allow the skid to over hang by about 18" so the skid would be up against the stand when the tank was transferred off the cart and into the fish room. 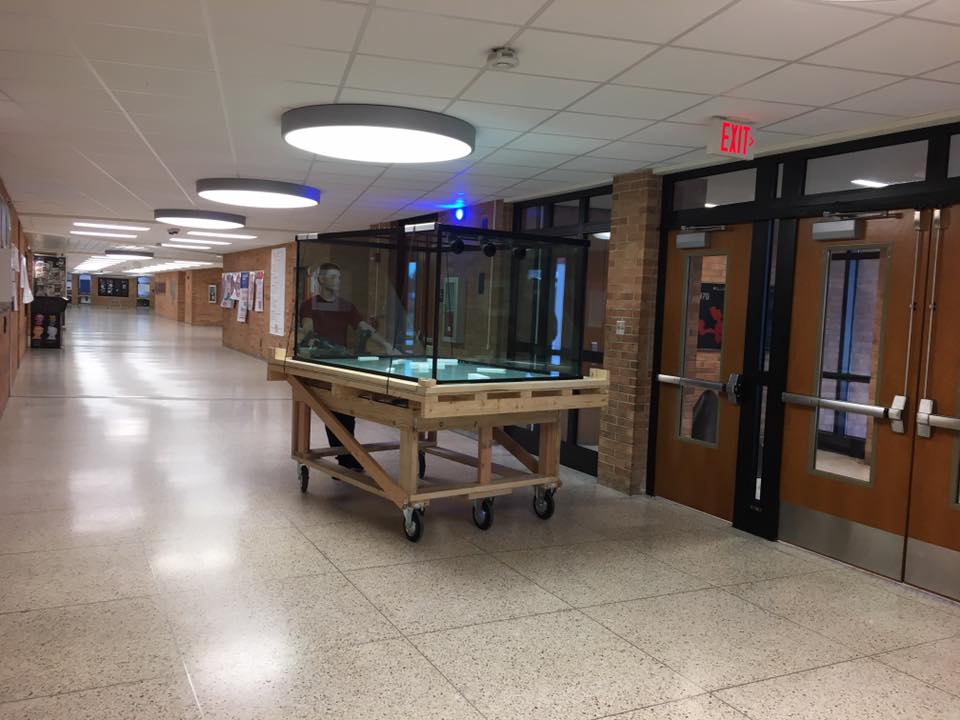 All of the preparation work was completed between 9:00 am and 3:00pm when a crew of teacher volunteers helped slide the tank into place. 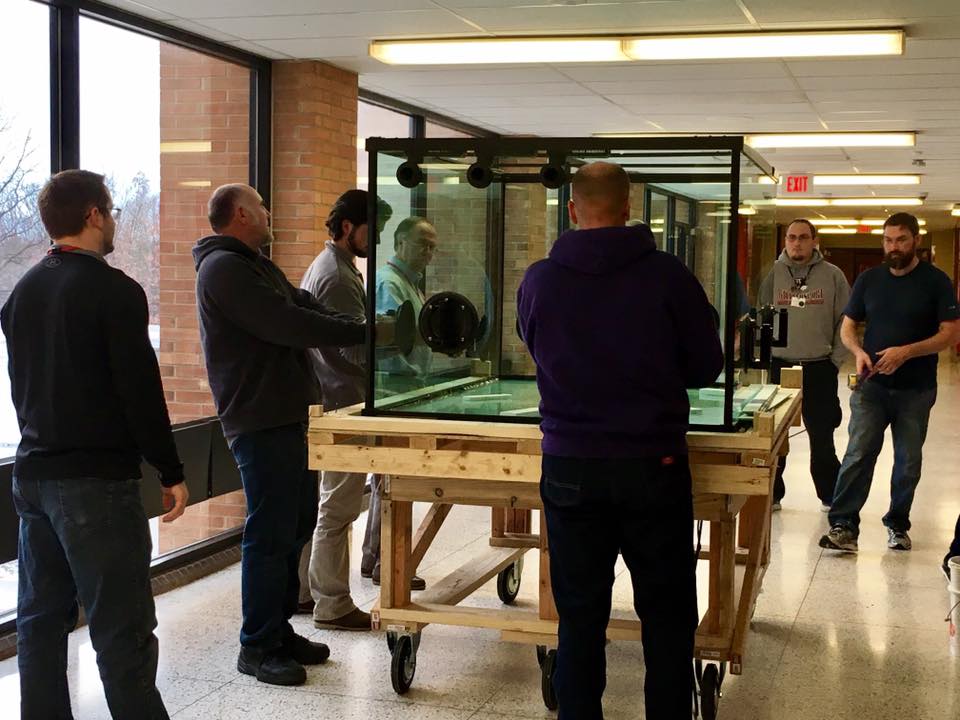 Tank in its final location being plumbed. We had Custom Aquariums put three of their H2Overflows in the side of the tank. One overflow runs to a 150 gallon Rubbermaid stock tank below the aquarium and the other two overflow go into our Aquarium Engineering protein skimmer. 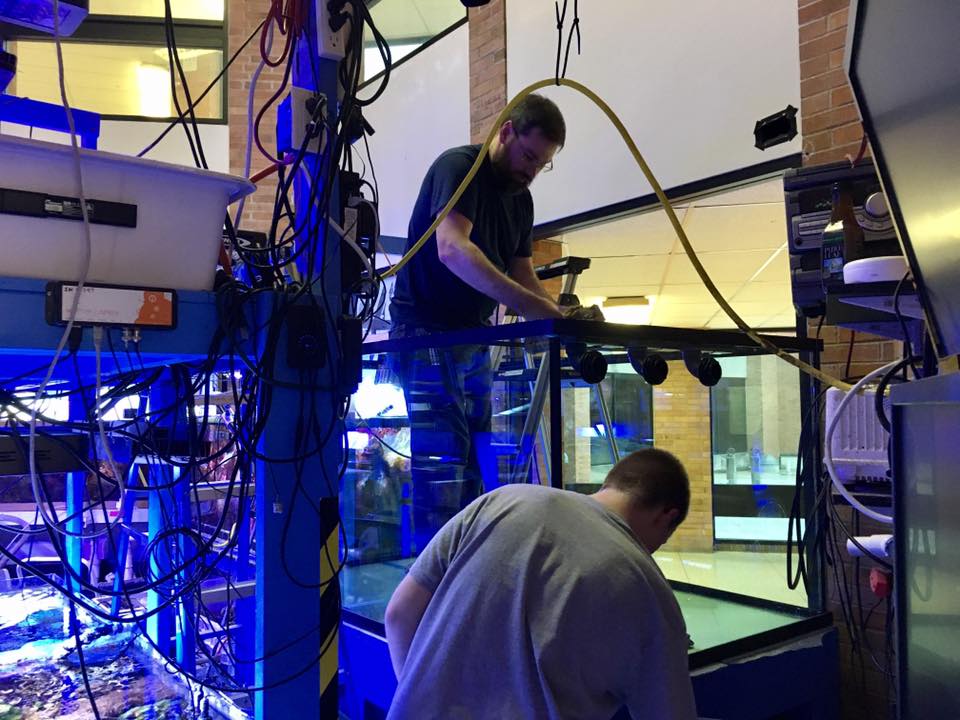 Placing rock in the aquarium. 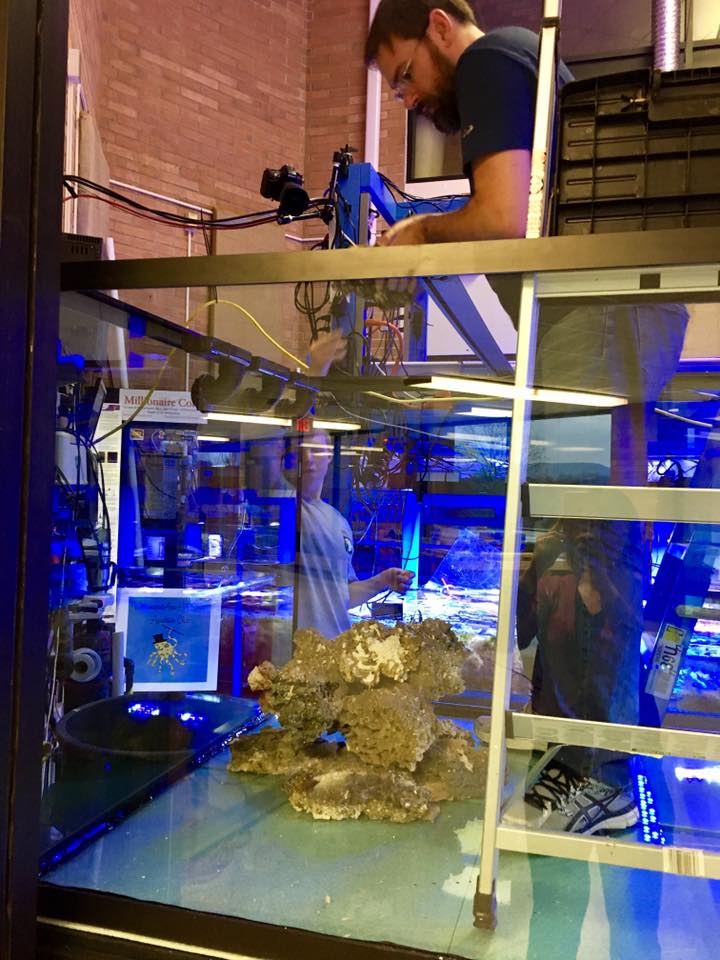 Pumping water from the temporary holding tanks with our livestock back into the tank. 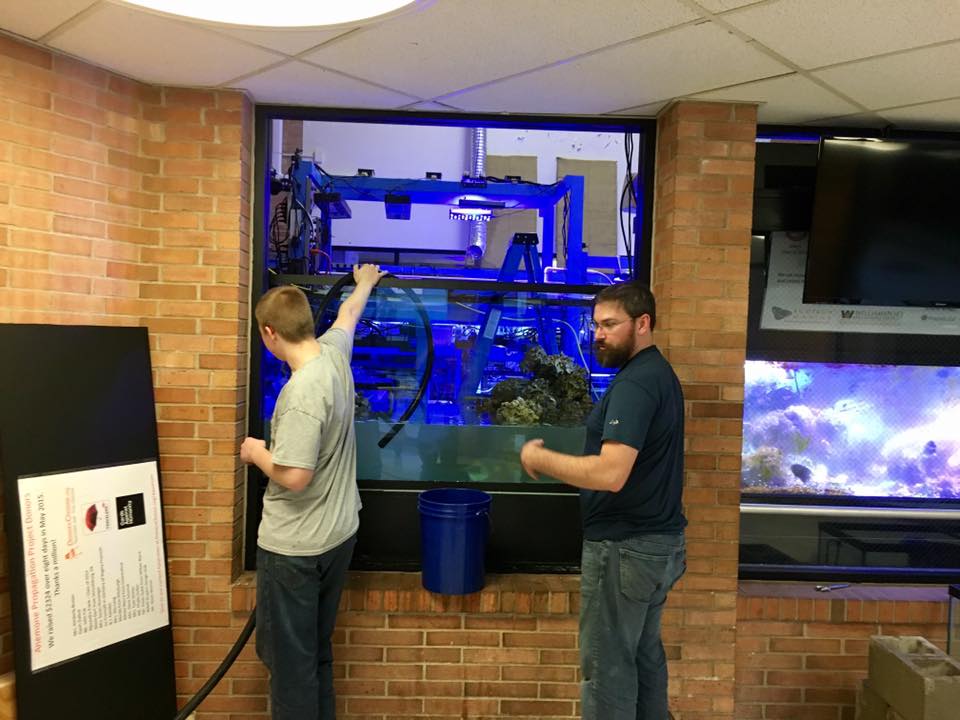 We installed a 670 gallon fiberglass aquarium in the fish room at Williamsport Area High School in the spring of 2013. We bought the tank from a hobbyist who had never installed the window. We used 3M 5200 sealant to put the window in the tank. Unfortunately the seal wasn't perfect toward the top of the window and it began leaking shortly after the installation. We remedied the situation by lowering the water level in the tank by a few inches by drilling a new overflow hole in the tank wall.

The tank was established as a predator tank but we grow coral in the tank as well. The current occupants include: 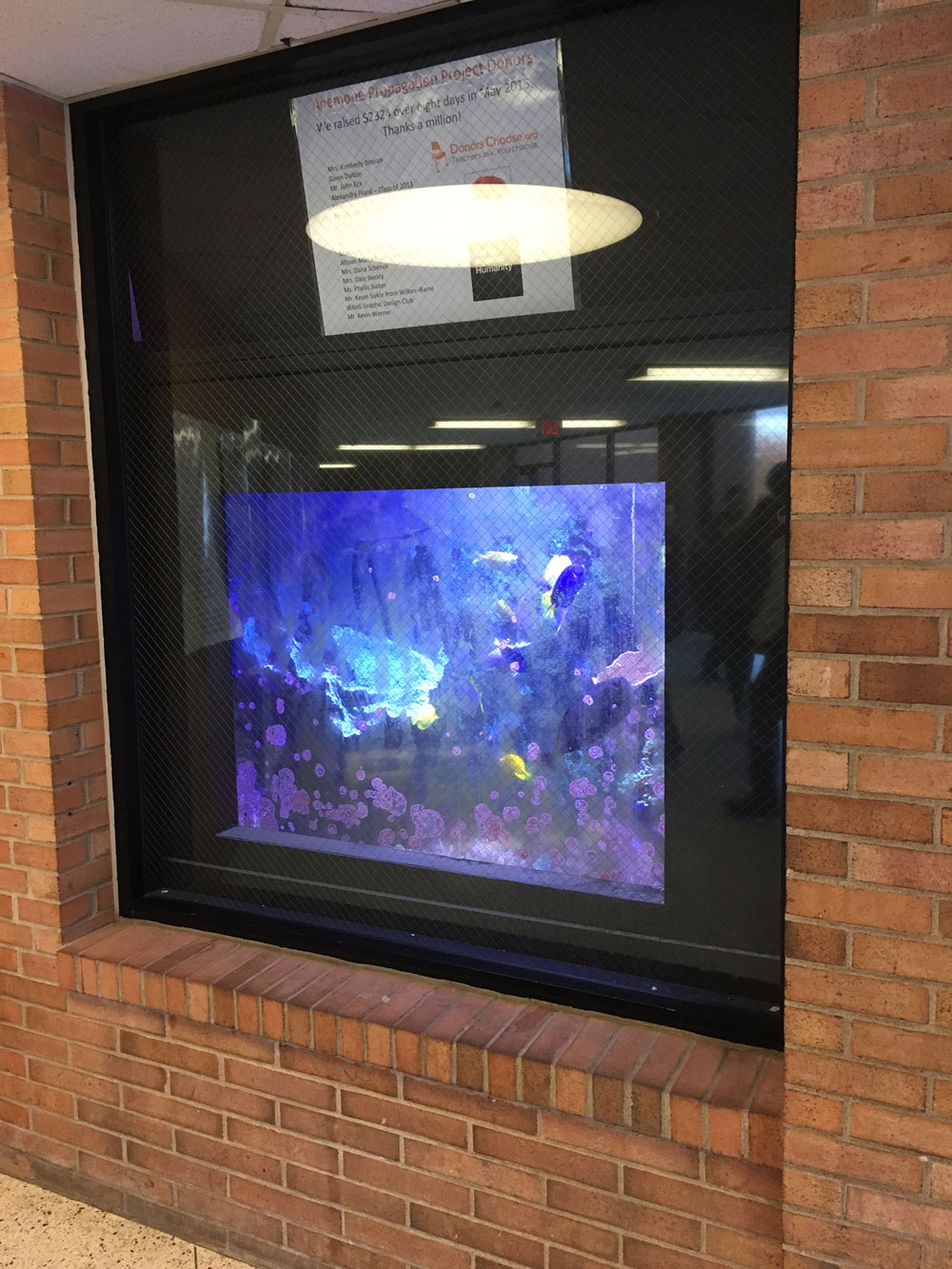 We decided to replace the tank in the summer of 2016 with a similar sized glass tank and began getting quotes from various manufacturers. The reasons we decided to switch out tanks include:

1.) The window of the fibergalss aquarium is 3' x 4' and the fish are not always in view. The replacement tank front pane is 3' x 6' which offers a 50% increase in viewing area with no obstructions.

2.) The new tank is 4' from front to back with gives a 33% increase in swimming area

3.) The new tank has glass lids which will allow us to provide heightened safety for people around venomous fish and prevent escape of the eels.

4.) The new tank will be much easier to clean since the front window is glass instead of plastic and it wlll be easier to reach the bottom front corner with cleaning tools.

By September 2016 we settled on purchasing a tank from Custom Aquariums out of Neenah, Wisconsin. I saw their Lifetime Aquarium samples and H2Overflow system at the Aquatic Experience show in Chicaco in 2015 and was impressed with their workmanship. The order process went well and we were able to get the tank build exactly as we wanted it. The manufacturer sent us clear drawings of the tank and we approved the design. 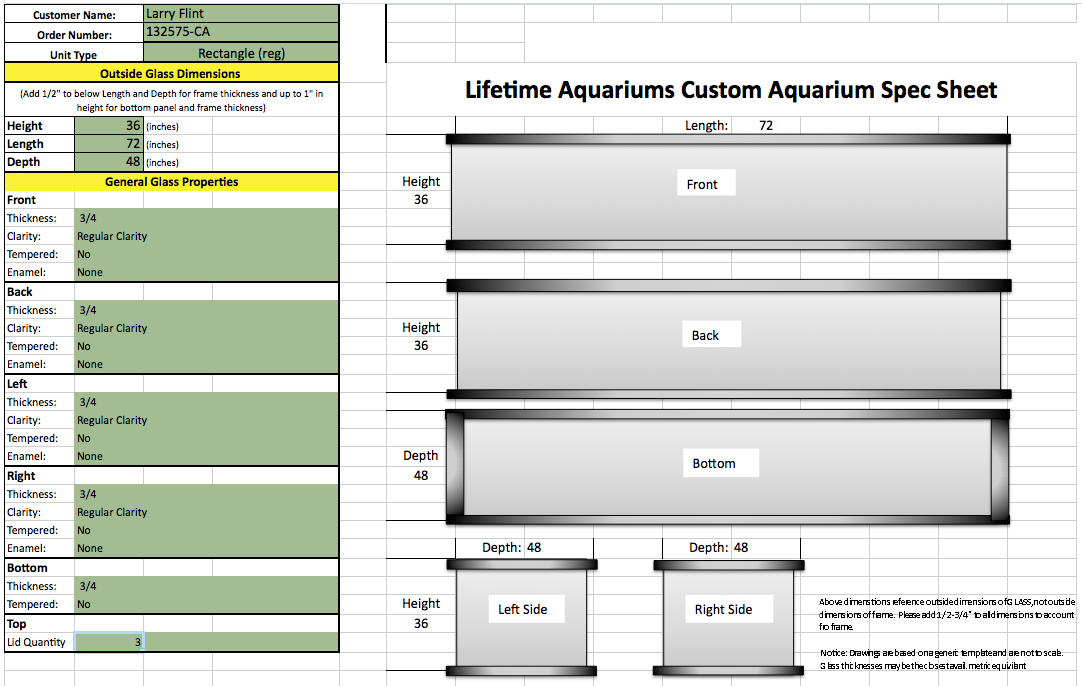 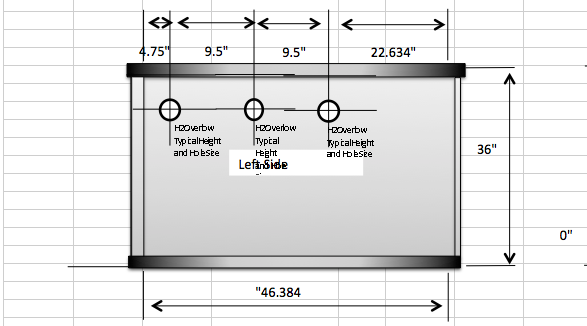 The tank was delivered just after New Year's 2017 to the loading dock at our high school. They pack the aquarium in a crated pallet with the tank resting on foam. These pictures show the tank in the crate with two sides and the top of the crate removed. 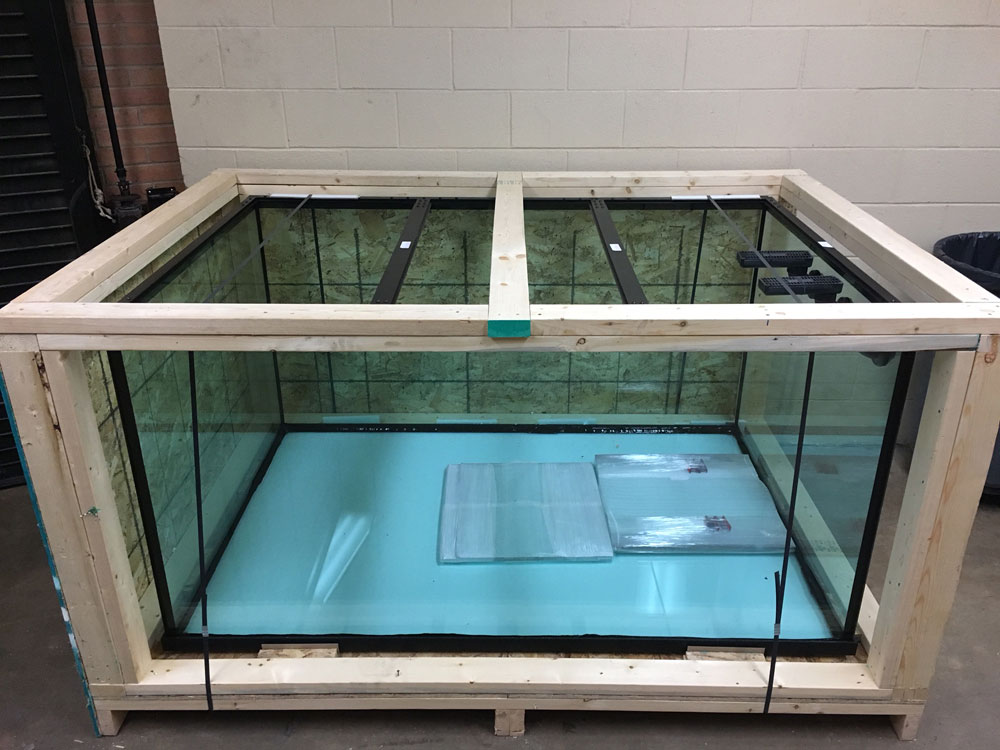 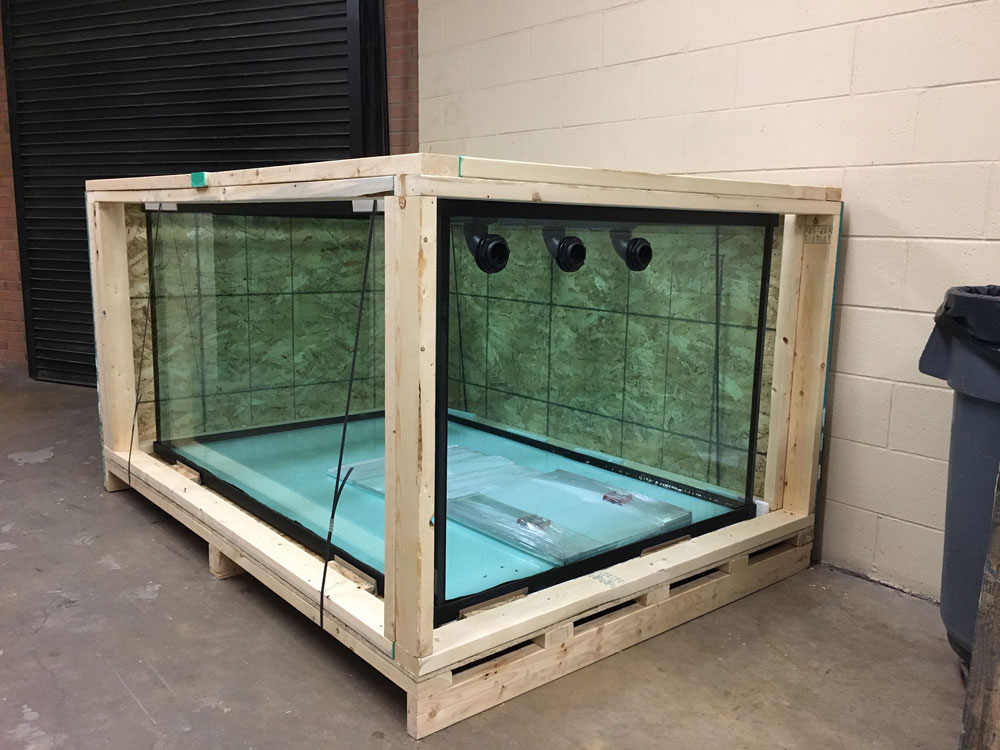 The old aquarium has to be removed from the room through a display window. Representatives from Williamsport Mirror and Glass came to take the window out on January 13, 2017. The window acts as a firebreak between the fish room and F corridor of the school and also offers a level of biosecurity for the room. 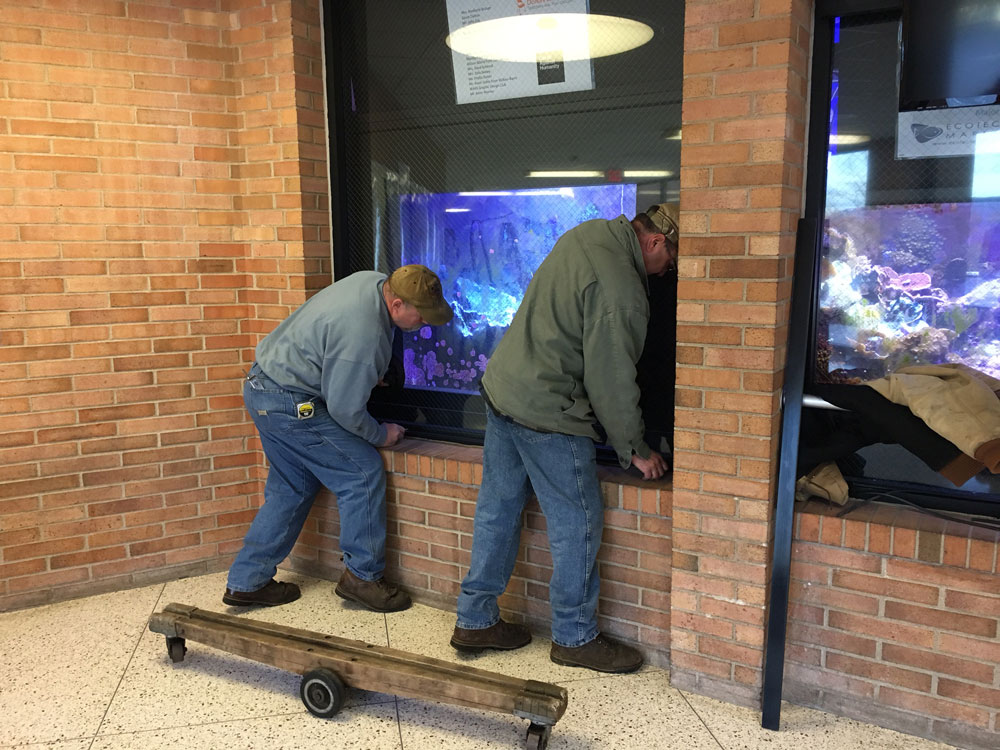 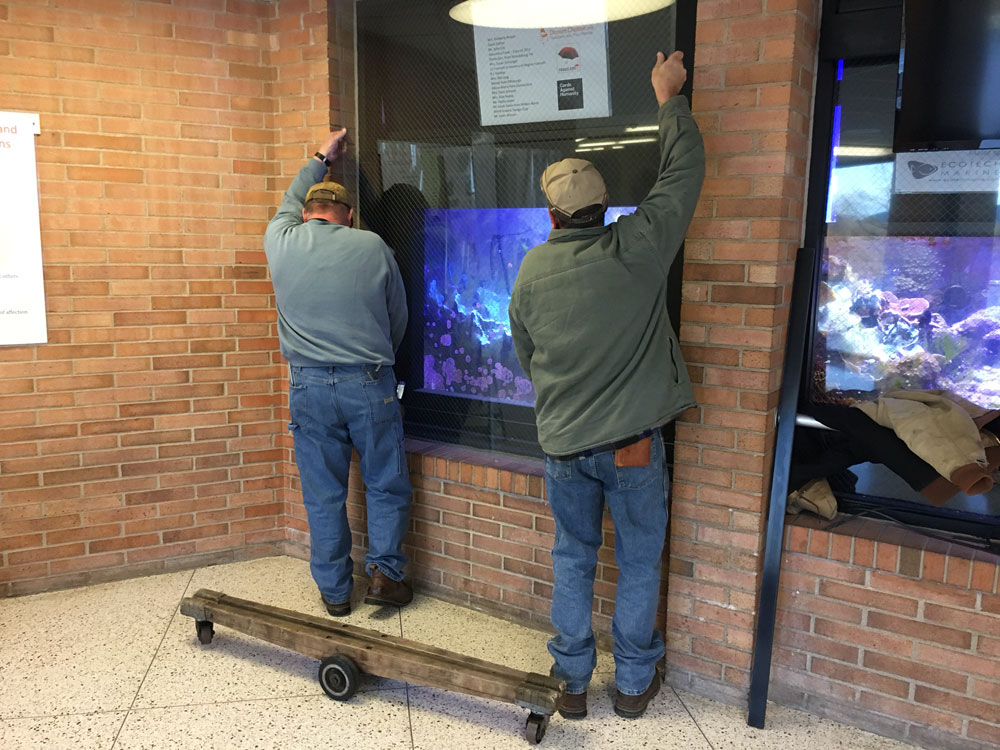 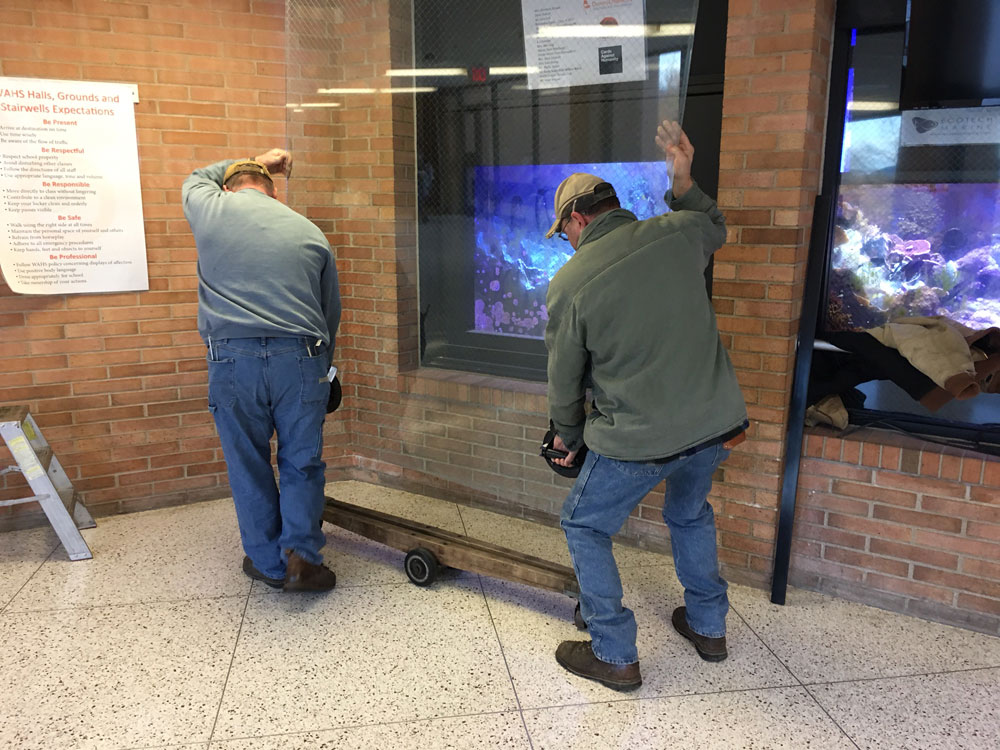 Ecotech Marine's support for our aquarium program has been an enormous help. Through their help and from the assistance of other donors we are able to light and provide flow almost entirely with Ecotech products. We're using an Ecotech Vectra L1 return pump, two Vortech MP60W powerheads (along with a few others), four Radion XR30W Pro lights (along with a few others), and a Reeflink to control it all. Within a few months the lighting and flow will be entirely Ecotech products making this one incredible tank! 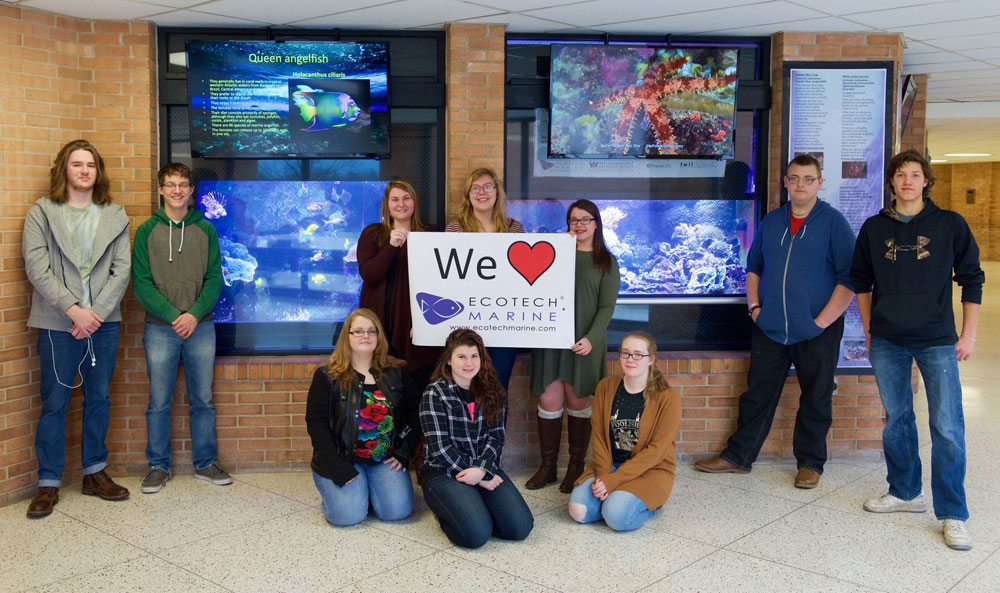